Whenever a character wants to do something using a skill, they must succeed at a skill test . The difficulty of the action is applied as a modifier, as are any other extenuating circumstances that may affect the test. As with other types of tests, all skill tests are successful when the character rolls less than or equal to the test’s target number after any modifiers have been applied. In the case of skill tests, the target number is the character’s skill rating with that particular skill. Modifiers representing difficulty and other factors are applied directly to the target number. A roll of a 00 is always a success, regardless of modifiers, and a result of 99 is always a failure, again despite any modifiers that may increase a character’s target number over 100. Standard critical success and failure rules apply to skill tests, so any time a character rolls a double (i.e. 00, 11, 22, 33, etc.) they score a critical success or failure.

The target number for a d100 roll is usually the skill rating. Occasionally, however, a different figure will be used. In some cases, an aptitude score is used, which makes for much harder tests as aptitude scores are usually well below 50. In other tests, the target number will be an aptitude rating × 2 or × 3 or two aptitudes added together. In these cases, the test description will note what rating(s) to use.

When to make Tests

The gamemaster decides when a character must make a test. As a rule of thumb, tests are called for whenever there is a chance that a character might fail at an action or when success or failure may have an effect on the ongoing story. Tests are also called for whenever two or more characters act in opposition to one another (for example, if they are arm wrestling or haggling over a price). On the other hand, routine use of a skill by someone with at least a rating of 30 in that skill can be assumed to be successful with no test. It is not necessary to make tests for everyday, run-ofthe- mill activities, such as getting dressed or checking your email (especially in Eclipse Phase, where so many activities are automatically handled by the machines around you). Even an activity such as driving a car does not call for dice rolls as long as you have a small modicum of skill.
A test might be necessary, however, if you happen to be driving while bleeding to death or are pursuing a gang of motorcycle-riding scavengers through the ruins of a devastated city. Knowing when to call for tests and when to let the roleplaying flow without interruption is a skill every gamemaster must acquire. Sometimes it is better to simply make a call without rolling dice in order to maintain the pacing of the game. Likewise, in certain circumstances the gamemaster may decide to make tests for a character in secret, without the player noticing. If an enemy is trying to sneak past a character on guard, for example, the gamemaster will alert the player that something is amiss if they ask them to make a Perception Skill test. This means that the gamemaster should keep a copy of each character’s record sheet on hand at all times.

The measure of a test’s difficulty is reflected in its modifiers.

Sometimes more than one skill may apply to a particular test or knowledge in one area can aid your skill in another.

Sometimes you lack the skill needed in a certain situation. 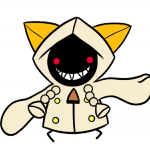